Bashar Alale, new life in Europe Bashar Alale is a 25 year old Syrian boy who left his native city of Maarat an Numan in August 2015 to escape the civil war

Bashar Alale is a 25 year old Syrian boy who left his native city of Maarat an Numan in August 2015 to escape the civil war that has been raging in Syria for more than six years. Like others, he did it alone and moved by despair and the search for a future in peace.

He crossed the Aegean Sea by boat from Turkey to the Greek coast and crossed the Balkans route to Rostock, Germany, where he now lives in a reconverted residence in a refugee shelter. “On the trip I risk my life, but it was worth it“, he confesses. He was lucky, only a few months later they closed the borders after the European Union agreed with Turkey in March 2016. “I am happy here, I have met many people and the city is beautiful, but I pray for the war to end and I can come back and reunited with my family“. 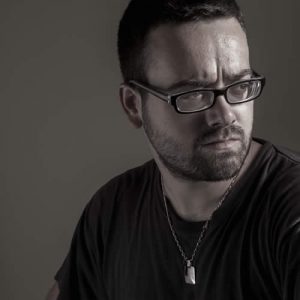 Adrián Irago (Vigo, 1987) is a graphic reporter since 2009, specialized in photojournalism and multimedia edition. He holds a degree in Audiovisual Communication from UPSA (2010) and International Master of Documentary Photography from the EFTI School in Madrid.

His works focus on culture, anthropology and topics of human interest. Among them, “Men who tamed the beasts”, obtains the National Prize for Photojournalism by the National Association of Press and Television Graphic Informants (ANIGPyTV) in 2012, with an image of the Rapa das Bestas of Sabucedo. His works include the coverage of the economic crisis in Spain or the recent crisis of refugees in Europe.

She currently works as a freelance for the Contact Photography Agency.