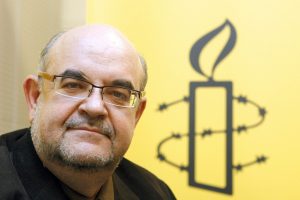 He is director of Amnesty International Spain since June 1997, and he is responsible for coordinating Madrid Central Headquarters.

He lived in several countries of Latin America in the 90 (Argentina, Ecuador, Costa Rica…) where he worked as international consultant for Amnesty International development.

He worked as investigator of human rights violations in Guatemala, Costa Rica and Panama until June 1997. His work involved the documentation and investigation of human rights violations in these countries and design que lobby work of government. During the last years he performed several investigations for Amnesty International in Mexico, Argentina and Colombia, gathering proofs on the ground and talking to their respective governments. He is author of several books, some of them: “Guatemala: ¿hasta cuándo la impunidad?, “Panamá: el derecho a escapar de la muerte”. 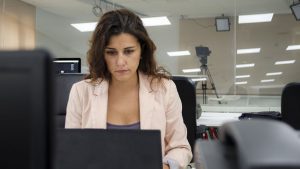 Olga Rodríguez is a journalist and writer specialized in International Information and Human Rights.

She worked in Cadena Ser, Cuatro, CNN+ and she contributed to several newspaper like Público, Periodismo Humano, El Pais, RNE, La Marea, Tinta Libre and El Periodico. She is one of the founders of “el diario.es” in which she writes regulary.

In 2003 she covered Irak war from Bagdad and she was a direct witness of the American offensive that killed the Spanish camera operator Jose Couso.

She had covered the main events during the last fifteen years in the Middle East, Europe and USA. She had also worked as special correspondent in Afganistan, Libanon, Palestine, Israel, Yemen, Siria, Libya and Egypt from where she covered the Arabic riots in 2011.