The mediatic story of forced migrations. More information than ever, but do we want to know? Meeting with Nicolas Castellano and Consulo Bautista

The mediatic story of forced migrations. More information than ever, but do we want to know? 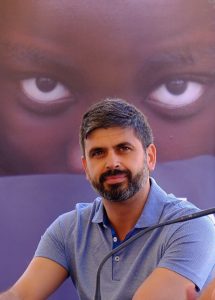 He is a Spanish journalist with Cadena SER, specializing in issues related to immigration, cooperation, and development. He holds a degree in journalism from the School of Information Sciences of the Complutense University of Madrid. He has worked for Cadena SER since 2000, starting at SER Las Palmas, where he was the news desk editor from September 2005 to October 2007. Since 2007, he has worked at the SER Madrid main news desk. For fifteen years, he has specialized in issues related to immigration, in the Canary Islands as well as in countries of origin, transit, and destination.

His work often takes him to North African locations such as the Moroccan cities of Nador and Tangier, where immigrants and refugees attempt to enter the Spanish cities of Ceuta and Melilla. He has covered natural disasters including the 2010 Haiti earthquake and the 2011 Japan tsunami, as well as humanitarian crises such as the summer 2011 famine in Somalia, considered the century’s first major famine. He has also worked in Colombia, Guatemala, Honduras, India, Italy, Jordan, Kenya, Mexico, Mozambique, and Democratic Republic of Congo. In 2015, he reported on several humanitarian crises, traveling to the Central African Republic, South Sudan, and West African nations affected by Ebola including Liberia and Sierra Leone. In April of 2015, he covered the Mediterranean’s deadliest migrant disaster ever, when over 800 persons lost their lives in an attempt to reach Europe from Africa. He continued his coverage of immigration with the arrival of refugees on the Greek islands of Lesbos and Chios from Catania, Sicily.

His articles have been published in newspapers including Canarias 7 and El País, and he has contributed to the books: Me llamo Adou, Mi nombre es nadie, De ida y vuelta, Fronteras 3.0 and Aquí pintamos y contamos todos. His professionalism and dedication to human rights have earned him several awards and honors, including the General Council of the Spanish Bars’ Ninth Human Rights Award, the Spanish Red Cross’s Gold Medal, the Berta Pardal Journalism Award and the 2013 Premio Periodismo Humano. 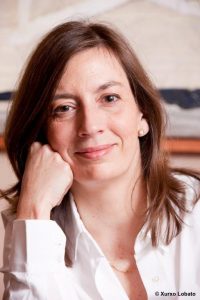 Degree in Marketing and Advertising from the Universitat Autònoma de Barcelona. 1984-1989.

Ondas Award in 2003 for the coverage of Prestige with the information services of the Cadena SER.

Director of the Professorship of Radio Coruña Cadena SER, University of Coruña.