Journalism for transformation and social care. Journalism workshop Delivered by Patricia Simón. Workshop aimed at journalists, workers from the third

Journalism for transformation and social care.

Workshop aimed at journalists, workers from the third sector (associations, NGOs, social entities?), Activists and general citizenship interested in the right to communicate. The workshop will be theoretical-practical and will work on aspects to build narrative news that focus on the recognition of the worth of the person in a situation of social vulnerability that survived war conflicts, violence of all kinds, exploitation, Discrimination or impoverishment. 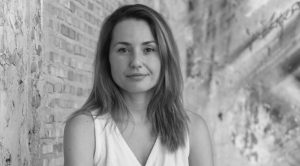 Patricia Simon is a freelance journalist.

She worked in Canal Sur TV, and also as deputy director of Periodismo Human from its foundation to 2013 and she wrote in several newspaper like Pikara Magazine, Vice News, Cuarto Poder, El Mundo and La Vanguardia.

She produced several documentaries and features in more than ten countries, some of them done for children and teenagers from the perspective of the education for a social transformation.

She works designing and executes sensitization campaigns and political incidence and education campaigns for NGOs like Nohabrapazsinlasmujeres.com, Saharauisi.org, Sobreviviralebola.org and Personasquesemueven.org (released on March 13).

She had done several conferences about journalism, human resources and feministic approach, Colombian conflict and persons trade for sexual exploitation.

She works as teacher in “Journalism with rights approach as a tool for social transformation” course in Institut de Drets Humans de Catalunya.