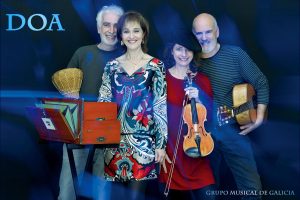 Doa is one of the most well known groups of Galicia before 80´s. Their vanguard folk mix several trends of music and popular folk (not only of Galicia but also of other countries) in a personal and heterodox way. This features of their music means an own way of playing music that conformed their style during their lifetime.

The members of the current group are excellent musicians:

SUSANA DE LORENZO : Voice and Harmonium. She owns a unique technique full of emotion and different shades. She had a lot of works in Clasic music, rock and others.
XOAN PIÑÓN : Acustic guitar and co-founder of DOA, he had played in several groups of experimental music and he is a pioneer in contemporary galician music.
BERNARDO MARTÍNEZ : Percusion e clarinet, he is another co-founder of DOA. He is one of the most important musicians in Galicia and had played improvised music, jazz, folk and electronic music.
GERTRAUD BRILMAYER : Violin and voice. Symphonic orchestra of galicia. He is a great instrumentalist and plays diferent types of music: classic music, contemporary music, jazz, bossa, folk. Guest artist: Fran Castro (keyboards). He participates in several formations like “Turma Caipira” and “Electric Ladyland” (Voice, electric bass), composer and arranxista of diverse styles, Jazz, Rock, Bossa. 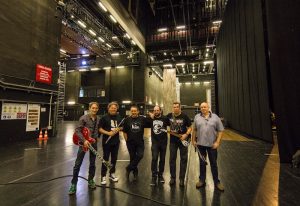 Extrema Urgenca is a vocal music group of people that, even working in other matters, they have free time enough to play music in Extrema Urgenca and other groups.

Because they are amateurs, most of their activity is focused in caring society events. They have played in The Cavern, in Liverpool, in Euskalduna Theater in Bilbao, in Granada, Madrid etc. and they have played with Javier Gurruchaga, Manuel Manquiña and had also shared “jams” with The Quarrymen (the group created by John Lennon) in several occasions.

The kind of music they play tries to redo and remember the 60 music to the new generations, not only in blues style but also in rock, soul etc without pretensions. 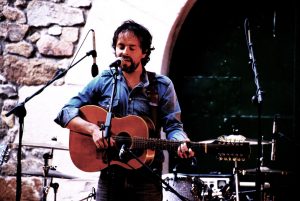 Felix Arias holds a long career in music that got strengthen in 2000 because of Lovely Luna, publishing his first LP with Gerssen Records, a disc company from Lleida. 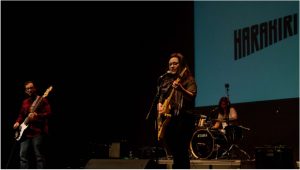 Harakiri are a band based in the city of A Coruña that sharpen their katanas for the first time at the beginning of 2016 in the IX Festival Solidario En Directo. While there were several changes in the formation, in this time they toured different halls of the city tuning their art of getting their guts and not kill themselves in the attempt, giving form to a proposal that is drunk as a combination of the subtleties of Pop And the more primitive Rock & Roll rudeness. No dressing, direct and without artifice.

Group formed for this event by musicians of different styles from classical music, folk, rock or blues, make a mixture in their songs. 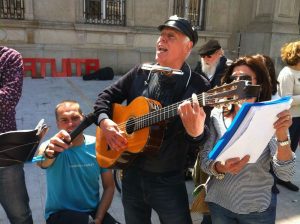 He plays the guitar, piano, accordion, and the harmonica, and with Explanada Group has recorded two LP: “Al romper el dia” and “Laura, ojos de agua” in which he sings and composes most of the songs. He is now working on “Un atlantico de música”.